Brothers' Highlander, our team 100-card singleton format, goes from strength to strength and is growing fast.  A few recent highlights from gatherings:

With spring upon us, we have refreshed the rules - see below!

Players have 10 points to spend per deck on CONTROLLED cards:

Mulligans: Paris Mulligan is not played. Instead, after drawing their initial 7 cards, either player may declare a Gentleman’s Mulligan and show their hand to their opponent. In the event that it contains 0 or 1 mana source, or 6-7 mana sources (i.e. a mana screw or a mana flood), that player can shuffle their deck and draw a fresh 7. There is no limit to the number of Gentleman’s Mulligans that can be declared. (A mana source is any zero-converted-mana-cost card which produces mana - i.e. a land or a Mox, or similar).

Last month I won the Winter Derby 2019. Here’s a belated report, along with some additional content to give a flavour of what the Brothers of Fire have been up to so far this year…

At the end of last year I took my first steps into the world of ‘webcam Magic’ by playing in the Winter Derby 2019. 142 players competing and you can check out all of the decks here: https://bit.ly/2JDcLRe.

The tournament itself involved 8 Swiss(ish) rounds – a little bit like the group stages of football’s Champions League (and very similar to the iteration they tried in the mid-00’s where they had two group stages followed by 4 knockout rounds).

I was fortunate enough to win the event, playing this list, and going 11-1 overall. I was joined by Brothers of Fire Markus and Ben, who made top 16 and top 8 respectively. More on those legends later… 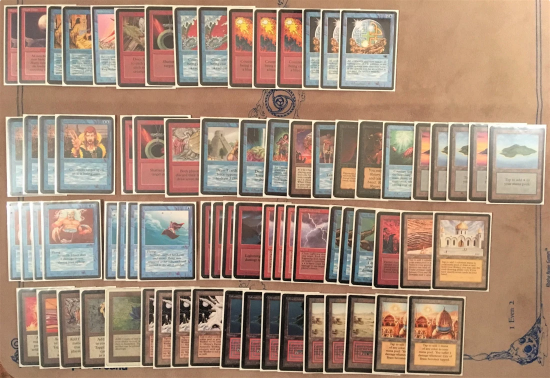 Readers of this blog will be familiar with its broad strategic principles, and I went into the same in more detail on my recent interview with Mano here: http://alltingsconsidered.com/2019/02/14/episode-50-winter-derby-brother-stebbo/.

The flame of technical wizardry burns brightest for Brother Markus and he was able to provide an excellent stream for the Finals (and certain other Top 16 games). The Finals have also been saved to Youtube and you can relive the action here: https://www.youtube.com/watch?v=WYMiRWAVcew
Tournament overview
In short, the tournament was a complete blast. I played several pillars of the community and had a fun and respectful time in each game.

The technical side of things was surprisingly easy, and whilst my set-up isn’t perfect by any means, it essentially involved buying a webcam and small tripod, and turning on all the lights in my living room when playing.

This was the first large event I’d played in under the purview of Dave Firth Bard, and it did not disappoint. You could see the results and standings via a ‘living’ tournament document, which also had a handy set of rules/FAQs. Dave ran the tightest of ships and we really do take for granted his community contributions.

You may be relieved to hear that I’m not going to dissect or review my games on a granular level, as may be customary. Indeed I’m not sure I could do them justice. However here’s a small summary in case you’re interested:

2-0 vs Daniel F – my inaugural games of Skype Magic, and another blade stuck into the heart of our arch-rivals, the Stockholm in a Bottle crew! Daniel was a great opponent and we were even able to navigate his parental duties flawlessly!

2-1 vs Constantine – a close set of games vs. an interesting BG list. Like many matches, I actually fell behind by losing game 1, before coming back with 2 wins once sideboarded.

2-1 vs Gabe F – an incredibly close set of matches! Gabe was clearly a very tight player and hopefully we’ll get the chance to do battle again over the webcam airwaves.

2-1 vs Jared D – another set of classics vs. a tight player on an interesting UR Robots list. I missed playing Jared when I visited the NEOS crew in the summer, so this certainly made up for that. Doubtless he’ll be looking to avenge this one come Lobstercon in the fall autumn…

1-2 vs MVD – I finally taste defeat at the hands of Mike’s UR Atog list. A brutal set of games which, fittingly, were determined by a Wheel of Fortune. This was my first interaction with Mike, who was an utter gent and indulged me with some post-game analysis on the lines we each could have taken. Is this the opening chapter in the Brothers of Fire – Beasts of the Bay rivalry? Time will tell…

2-1 vs Blake B – a nail-biter vs. Blake’s 4c midrange list – and Blood Moon’s first outing from my sideboard - saw me into the Top 16. Some more great games and another brilliant opponent to round out the Swiss.

2-1-0 vs Guillame D – the UR mirror, which felt like a local derby, with neither team giving an inch! There was a t1 LoA in each game, so crunching tackles flying in from the first minute. I managed to take this one, which saw an epic drawn game, when Psi Blast eliminated both competitors simultaneously!

2-0 vs Svante – some tight games against one of the Generals of Old School in Europe. And another in the shins of the Stockholm in a Bottle crew! ;)

3-1 vs Tobias M – here some quite uncharacteristic games – we split games 1 & 2 as I didn’t see many creatures – I burnt Tobias out from 13 in game 1, and Tobias won as the beatdown in game 2. Games 3 & 4 went to me through respective aggro and controlling draws.

3-1 vs Schef – watch the highlights and see for yourself (https://www.youtube.com/watch?v=WYMiRWAVcew)! 4 epic games, of course! A nod to Schef who was a tough competitor and gracious opponent. I look forward to getting to play him again, and hopefully getting to meet him in person someday.

Across the tournament, the wins came from the usual blend of some good fortune, some good Wheels of Fortune and a bit of skill here and there. And in case you’re wondering, or wanted to ask but couldn’t actually be bothered, I was pretty happy with the Blood Moons being in the SB.

The tournament was a resounding success for the plucky Brothers of Fire. 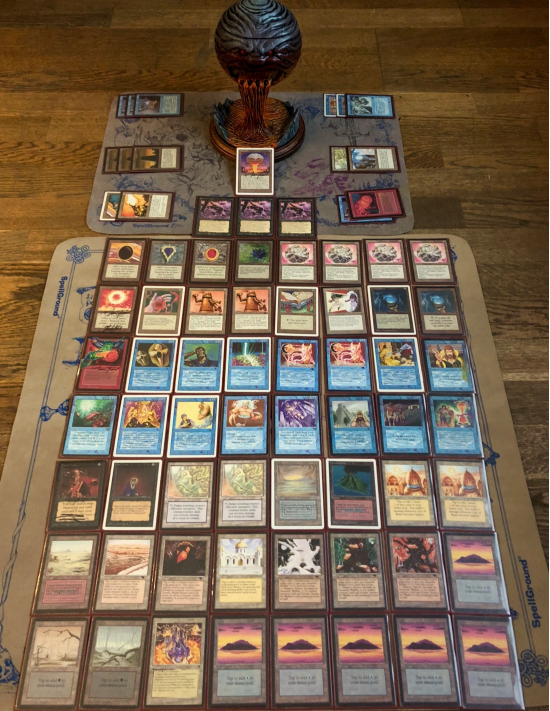 Brother Markus has been smashing our local meet-ups with his own Project Markus – an homage to our Lord and saviour’s Project M – and essentially a hedonistic vehicle to show off that ridiculous deckbox.

It was a thrill to be with Markus as the Top 16 was announced and toast his well-deserved success!

His list shows you do not need to be on the Deck or UR to find success. Markus’ deck is so characterful – allows a fast win, a cruel win, or even an agonising win at a pace that allows one to imbibe relentlessly!

I really like that this deck is resilient to disruption, with permission, Mazes and various ways to interact with on-board permanents. It also features myriad win-cons, with the Beasts, Factories, Fat Moti and a Fireball all working hard. 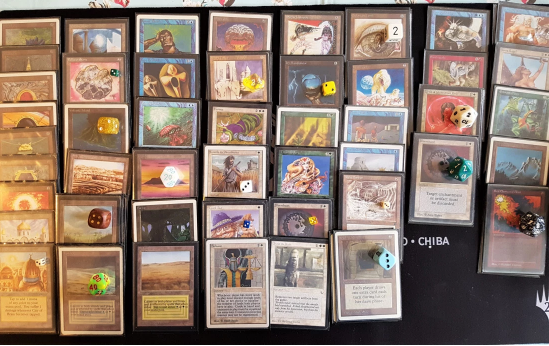 In fact, he’s such a tight player that he really brought out the spice with this list, and still found success, even with a sensible deckbox. Some might say that the delay in this article is purely because I’ve needed the full month to figure out how his deck works

Ben’s list evokes memories of the kitchen table and his personality as an Old School General. Amazing stuff.

COPcon VIII - The Brothers hosted a successful COPcon VIII in February, taken down by Brother Scott with this punchy “BRu”. 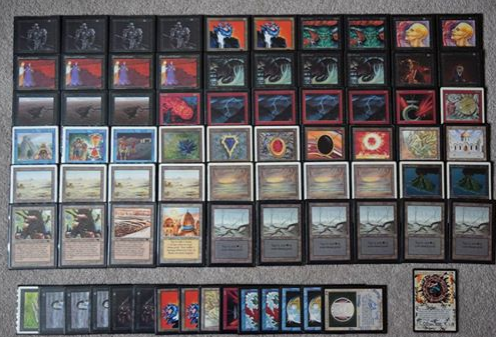 Brother Scott scooped his second COP with this Beatdown BRu

I’ve also been working hard to break Verduran Enchantress in Brothers' Highlander. Largely this is to take advantage of the crimped Beta version I own [swag] [reasonable offers accepted].

This is my best effort yet, twinning it with blue for access to Clone and Vesuvan Doppelgänger. Suffice to say it’s been awful fun, and awfully difficult to “break” even in a casual format… 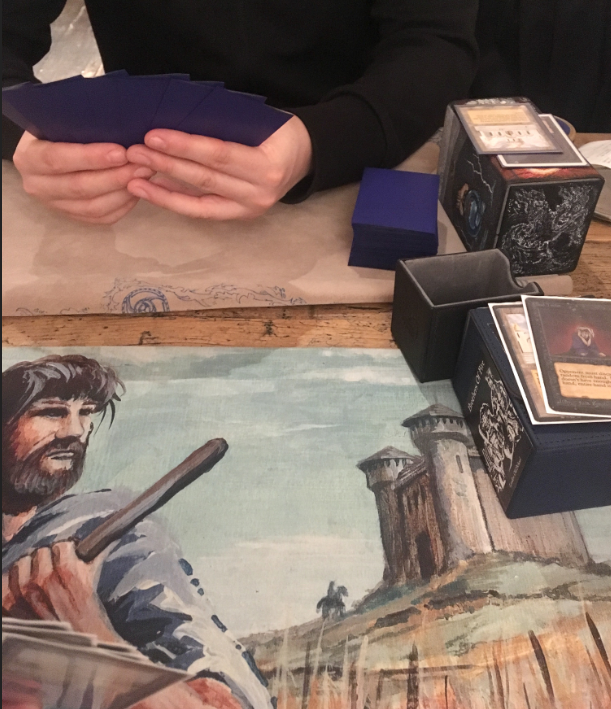 Brother Markus and I play some Old School like gents

I also won my first game recently of Scythe (my second game all-time) during a private Brothers meet-up. This isn’t strictly Old School, but the games are so epic in length that I felt the win should be recorded somewhere! 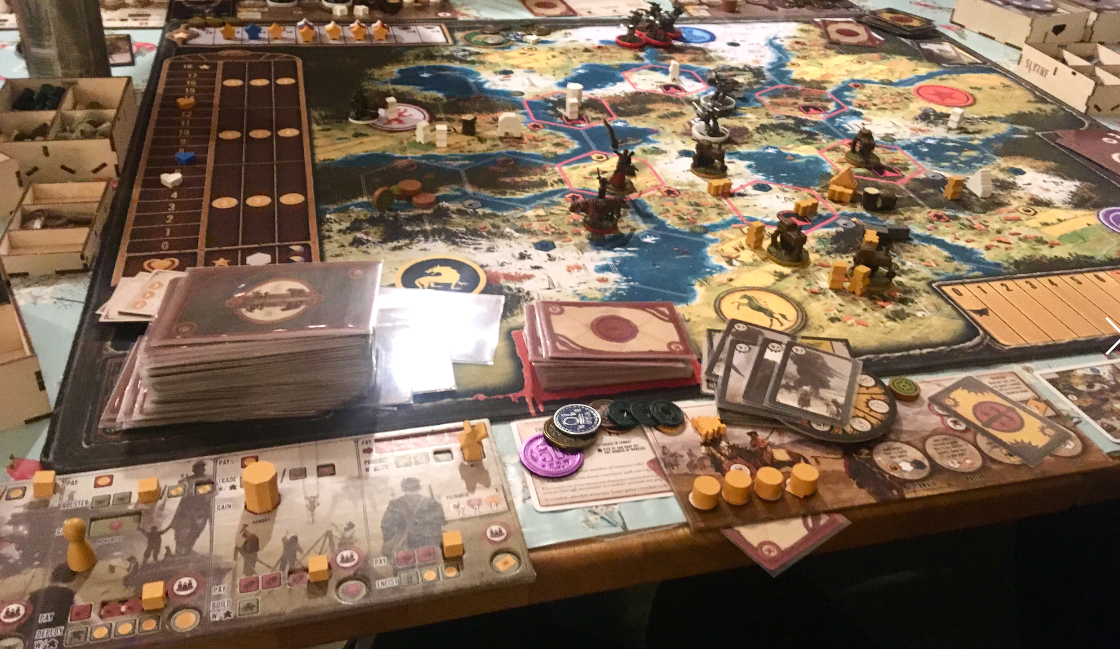 Something occurred to me the other week – it’s great to see players asking for advice and tips online, and wanting to improve, and thankfully there are now many resources to enable players to do this. At the same time I’d also encourage players to not lose sight of the fact that this is primarily a game about mates and good times. There’s a reason no-one has coined ‘the Spirit of Modern’. We’re all in on the joke together, or at least we should be. To me, nothing better encapsulates this than the pic below of Markus’ crazy deckbox, with which I’ll leave you… 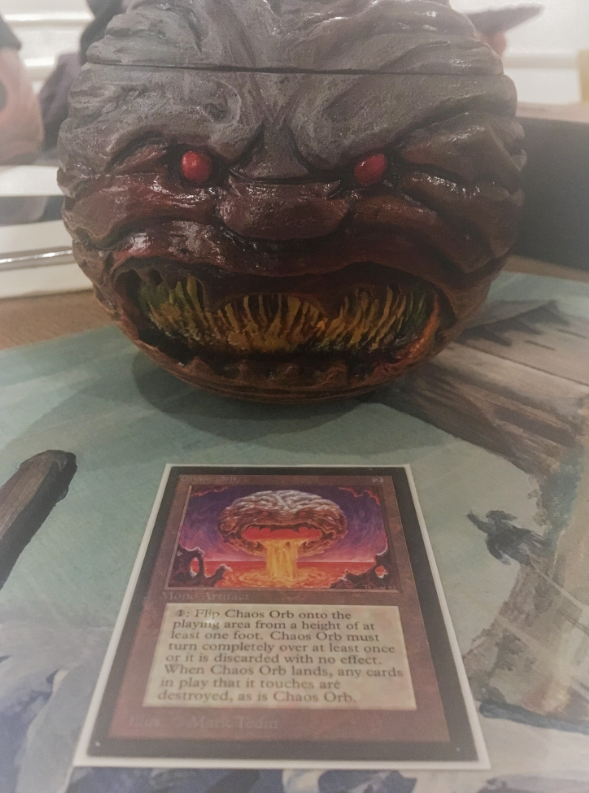