25 years of Unlimited - by Brother Scott

On a very special anniversary, Brother Scott recounts the history of a notable and misunderstood set...
10th December 2018

Is there any greater misnomer in the world of Magic: The Gathering than the “Unlimited” Edition?

With its severely limited print run of just 40 million cards, even if every single one had miraculously survived the 25 years from its release of 10th December 1993 to today there would only be enough for the world’s 20 million or so Magic players to own an average of 2 cards each. And for every player lucky enough to have a Black Lotus, 13 players would have a copy of False Orders.

However, I have always loved the Unlimited set. Compared to the ubiquitous but washed out looking Revised Edition, the rich colours, chunky rules text and reassuringly solid thick white borders of Unlimited have always looked genuinely magical to me.

The first Unlimited cards I ever owned myself were bought from ebay in 2002-04, and I still have them all (pictured below): 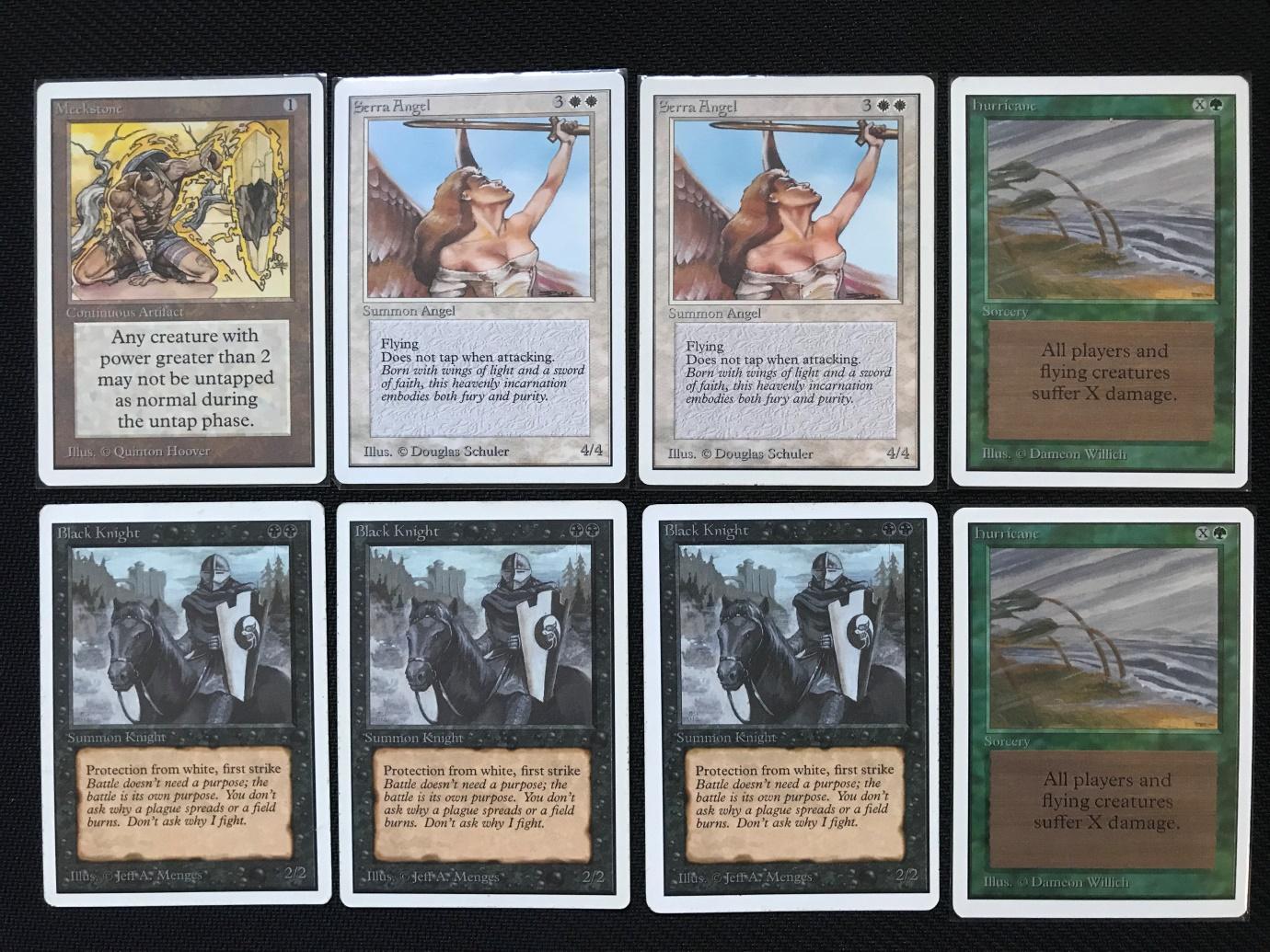 Already not legal or outclassed in all formats by 2004, it wasn’t until I got into Old School in late 2015 that these cards changed from being collectors’ curiosities to main-deck contenders: not only have all 8 now been played (7 of them tournaments) but they are of course Swedish Legal, and one has even been played in Sweden itself (more of that later). The Black Knights pictured also have the honour of featuring in my deck for my first ever Old School game, against Brother Stebbo in London in February 2016.

Alas, not everyone shares my passion for the set. Too often Unlimited is regarded as a temporary measure until funds allow upgrade to Beta. Worse still, I’ve heard it described as just an expensive version of Revised: still white bordered, but twice the price. However, I believe that the Unlimited Edition is in fact fundamental to the existence of Old School as we know it. To explain why, let’s go back to the start:

As many of you will know, the original 10 million cards that make up Alpha and Beta were envisaged to last for a year. In fact Alpha sold out within 19 days of Magic’s launch in August 1993, with Beta selling out essentially immediately on release in October 1993. It rapidly became clear to Wizards of the Coast that they needed more cards – and fast! 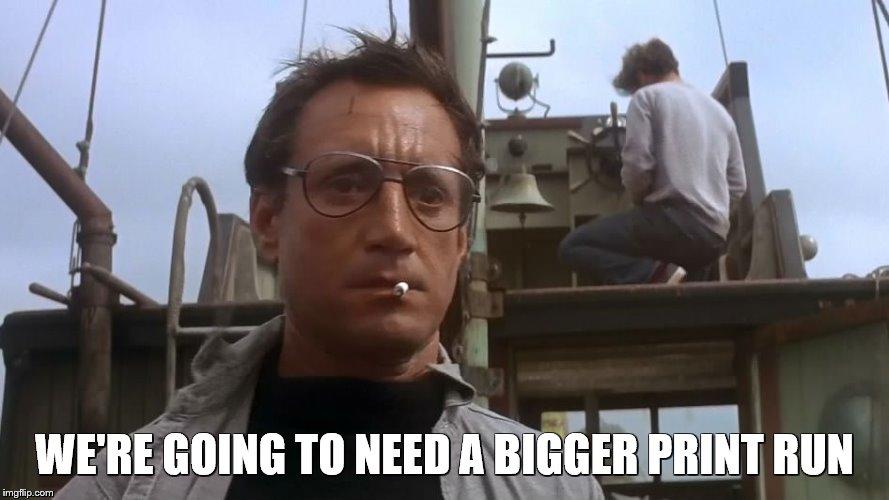 A more subtle point also emerged from this early stampede for cards: Richard Garfield was well aware before release that the Power 9 were insanely powerful, but he believed that either (A) they wouldn’t break the game, because any individual playgroup would only buy 1-5 starter decks each and so only own a couple of pieces of Power between them or (B) they would sell insane amounts of Magic: The Gathering, they’d all get rich, and they could think about a solution to the broken cards problem later. Essentially he was already in situation (B) 19 days after the game released.


The solution WotC developed to the above problems was, of course, Revised Edition. A new version of Magic: The Gathering with a much larger print run, leaving out the cards that were too powerful (Ancestral Recall, Black Lotus) or too confusing (Blaze of Glory, Word of Command) and taking the opportunity to reword a few cards that too many players were playing incorrectly (Iron Star etc).


The trouble is, WotC were caught out by just how fast sales had been:

“Beta sold out faster than expected, and Revised wasn't done yet, so they had to do something about the card supply to maintain interest in the game. The set named Unlimited was reluctantly created to fill this need. They didn't want to print more P9 at all. The idea was to only print enough Unlimited to last until Revised could be finished.” – Tavis King, Facebook

Thus the Unlimited Edition was born, essentially as a “stop-gap” solution to keep players happy (and the money rolling in) until Revised Edition could be finished.

WotC was mindful of collectors from the start, and was keen that this reprint set should have an obvious change to the card face to differentiate it from the Limited Editions. However, Carta Mundi were somewhat limited in what they could do cheaply to achieve this, and applying a different card border colour was the best available solution in the time available.

The impact of Unlimited on Old School

“We also discussed Unlimited at length. On one hand, it was all reprints, but we decided to keep it anyway, as the manabase could become too expensive otherwise. At this point we obviously had no idea that there would be an international community a few years later.” – Magnus de Laval, Blog

If the manabase would have been expensive if Unlimited hadn’t been Swedish legal, just for a moment imagine the alternate universe in which Unlimited Edition was never even printed.

Limited Edition had only 4,300 of each Rare. Many of them were bought by people who played Magic a couple of times, didn’t like it, and threw them in the bin. Many more have been lost over the years. Many more will continue to be lost over time.

If Unlimited had never been printed – say if Revised edition had been ready earlier, or WotC decided just to wait a few more months before printing more cards – instead of 22,800 of each of the Power 9 printed there would only have been 4,300.

At such low levels, they might have been banned by the DCI much more quickly, perhaps as soon as Revised Edition was published. Black Lotus, rather than being regarded as the crown jewel of Magic, might have ended up just a historical curiosity; another Summer Magic blue Hurricane. A card printed “by mistake” early in the game’s history before WotC knew how Magic would work in practice. A card that someone’s friend once saw in a grading case at a GP.

Would Old School still have exploded into a worldwide phenomenon without iconic cards like the Power 9 and Chaos Orb to catch people’s attention? Maybe…but maybe not; Old School definitely owes the Unlimited set a debt of gratitude.

But Unlimited is about far more than just the Power 9. Playing with Unlimited cards is, in a way, the purest form of Old School Magic. After all, EVERY Magic player chases after Alpha and Beta to pimp out their deck, whether that deck is Standard, Vintage, EDH or a Cube. It’s only those heading to the Swedish heartlands (either physically or spiritually) who would in 2018 excitedly trade away a Revised Scrubland for an Unlimited Shivan Dragon (a trade that I actually did the day before this year’s n00bcon.)

The reason for that trade is that I was about to attend the Huvudturnerning in Gothenburg the day after n00bcon, a traditionally more casual affair than n00bcon itself - and what more fitting way could there be to celebrate playing Old School in Sweden than with a fully-Swedish-legal, but also fully-white-bordered deck? 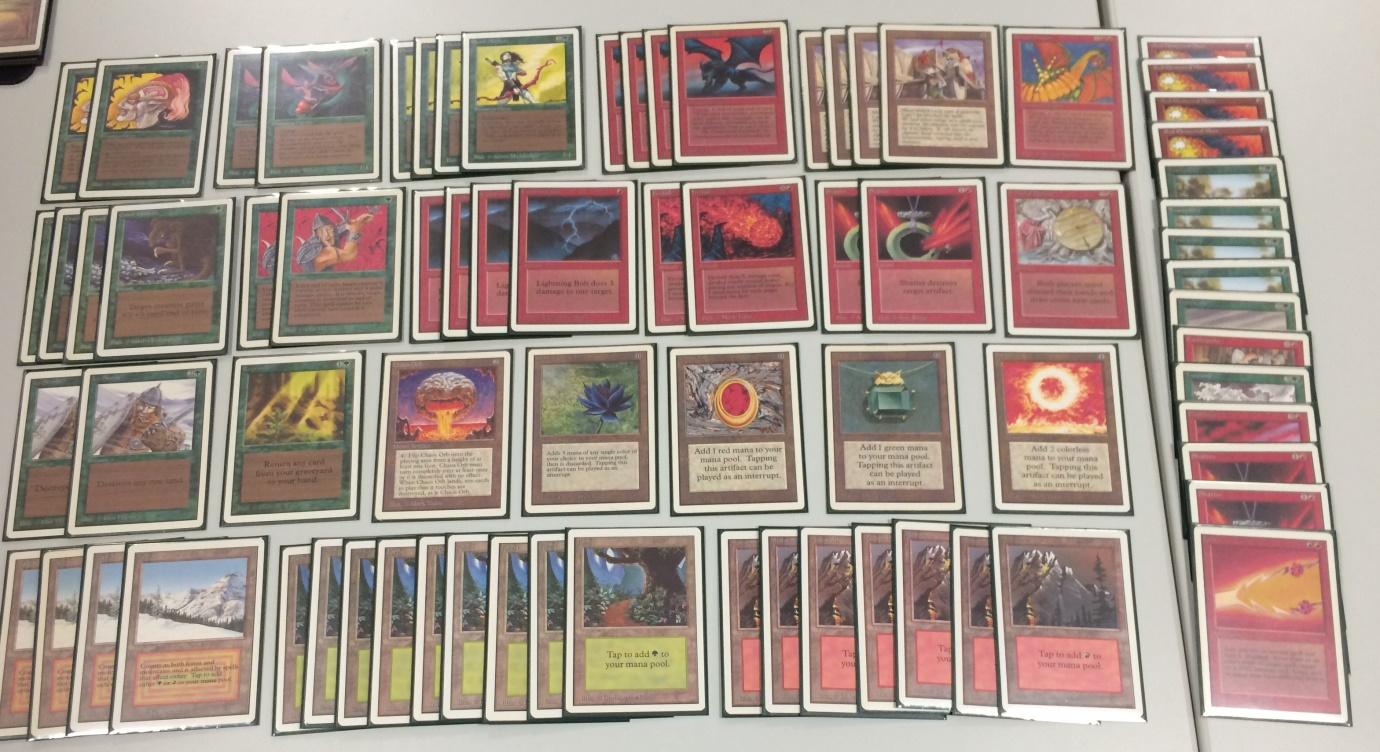 Not only was my newly-acquired Shivan Dragon one of the stars of the above Green/Red midrange deck but eagle-eyed readers may also spot in the sideboard one of my original Unlimited cards: a copy of Hurricane. The deck even went 3-3: a satisfying result for a G/R deck in which Strip Mine and even Kird Ape were forced to sit out.

However, the next time you are tempted to “upgrade” your Unlimited cards to Alpha or Beta, just pause for a moment and reflect – you already hold in your hands a piece of Magic history, from a set without which Old School may never have existed.